D&M Auto Leasing has served thousands of satisfied customers since its inception and attributes 75% of its business to repeat and referral customers. What does that mean? It means that customers enjoy the way D&M performs business and continue to go back and to refer friends and family.
Show

My family has been leasing with D&M darn near since the place opened. And, I've had nothing but a great experience thanks to Stacy Snead...formerly Spicer. It also never fails, that when my wife talks me into buying a car, we end up "upside down" on the vehicle and...
View full review
1 0
Testimonial

DM Auto Leasing is a paying client of Opinion Corp and utilizes its services to proactively identify and correct customer service issues. 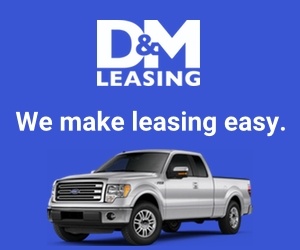 Your recent comments were brought to my attention and I am eager to learn more about your situation. Please accept my apology for any miscommunication or issues that may have happened. We generally do a good job for our clients but with the volume of business things can occasionally slip through the cracks. Over 65% of our business is from repeat and referred clients and your satisfaction is important to me.
Let me know a good number and time to talk and I will get in touch, or call me any time in my office at the number below.
Best regards,
Joe Graber
President
817-461-8888 x 305
author's review
Review
#844534 Review #844534 is a subjective opinion of poster.
Service
Dm Auto Leasing Sales Manager
Reason of review
Poor customer service
May 09, 2016 User844534

Worse experience ever even from car salesman. Was told what vehicle were were approved for, then after choosing 3 cars and 3 weeks later, on the day of signing was told that bank required more down than already approved for..

They don't return calls, never have vehicles available to see and expect u to make decision based on pictures on line. Gave deposit to hold car and after 1 1/2 weeks I still don't have my deep refunded like I've been promised.

And to think I dealt with the manager and got this kind of service. Def would not buy or suggest this to any one I know.

Thank You for Your Submission